PRICE
35 USD / PAX
You’ll depart Hanoi in the early morning and head to Ninh Binh province where you’ll visit the ancient capital of Hoa Lu. Later, on arrival at the Tam Coc wharf you’ll explore the caves by sampan boat. Cycle to Bich Dong before returning to Hanoi. A Vietnamese buffet is included.

07:30 - 08:00: Pick-up at your accommodation in Hanoi’s Old Quarter (if your hotel is located out side of Hanoi Old Quarter Area, the meeting point is at the office)
08:30: Head out on the drive to Ninh Binh province
10:00: Arrive at the ancient capital of Hoa Lu
10:15: Visit the temples of King Dinh and King Le
11:30: Arrive at Tam Coc wharf
11:45: Buffet lunch featuring Vietnamese cuisine
13:00: 1.5-hour Sampan boat trip through the caves and countryside landscape
15:00: Return to Tam Coc wharf for a short break
15:15: Bike around countryside villages (if you don't want to bike you can enjoy a cup of tea in a local restaurant or visit a local market)
16:00: Shuttle leaves for Hanoi
18:30 - 19:00: Arrive at your accommodation in Hanoi’s Old Quarter
Be sure to bring sunglasses, sun cream, and your camera. You’ll also need shoes and short trousers for the cycling part of the tour.
Please note that you will be sitting in a bamboo sampan boat for around 90 minutes, with a local rower, on the visit to Tam Coc Cave.

​Located in Ninh Binh province 100 km southeast of Hanoi, Hoa Lu and Tam Coc are two of the most picturesque spots in all of the north. For 41 years, from 968 to 1009 CE, Hoa Lu was the ancient capital of Vietnam. Nearby Tam Coc is often referred to as “Ha Long among the rice paddies.” Visitors are conveyed by rowboat along the peaceful Tam Coc stream past green fields and the feet of mountains into the mouths of caves, where they encounter new surprises, like stalactites and stalagmites that shimmer like gemstones just inches from the water.

Hoa Lư (華閭) was the capital of Vietnam in the 10th and 11th centuries. It lies in Truong Yen Thuong village, Truong Yen Commune, Hoa Lư District, Ninh Bình Province, Vietnam. The area is one of ricefields broken by picturesque limestone mountains, and is approximately 90 km south of Hanoi. Together with Phát Diệm Cathedral, Tam Cốc-Bích Động, Bái Đính Temple, Tràng An, and Cúc Phương, Hoa Lư is one of the most popular tourist destinations in Ninh Bình Province.

In the late 10th century, Hoa Lư was the capital as well as the economic, political and cultural center of Đại Cồ Việt, an independent Vietnamese polity founded in 968 A.D. by the local warlord Đinh Bộ Lĩnh (posthumously known as Đinh Tiên Hoàng, or "First Dinh Emperor"), following years of civil war and a violent secessionist movement against China's Southern Han Dynasty. Hoa Lư was the native land of the first two imperial dynasties of Vietnam: the Đinh founded by Đinh Tiên Hoàng, and the Early Lê founded by Lê Đại Hành. Following the demise of the Lê Dynasty, in 1010 Lý Công Uẩn, the founder of the Lý Dynasty, transferred the capital to Thăng Long (now Hanoi), and Hoa Lư became known as the "ancient capital.

The capital at Hoa Lư covered an area of 300 ha (3.0 km2), including both the Inner and Outer Citadels. It included defensive earthen walls, palaces, temples and shrines, and was surrounded and protected by mountains of limestone. Today, the ancient citadel no longer exists, and few vestiges of the 10th century remain. Visitors can see temples built in honor of the emperors Đinh Tiên Hoàng and Lê Đại Hành, their sons, and Queen Dương Vân Nga, who was married first to Đinh Tiên Hoàng and then to Lê Đại Hành. The tomb of Đinh Tiên Hoàng is located on nearby Mã Yên mountain, while the tomb of Lê Đại Hành lies at the foot of the mountain.

Tam Cốc-Bích Động is a popular tourist destination in north Vietnam and part of the Tràng An Scenic Landscape Complex UNESCO World Heritage site. It is located in Ninh Binh province, near the village of Tam Cốc. The closest city is Ninh Binh. It consists of two distinct attractions: Tam Cốc, a flooded cave karst system; and Bích Động, a series of mountain pagodas.

With limestone outcrops amid serene rice paddies, Tam Coc is best appreciated on a languorous rowing-boat ride, with the soundtrack of the river lapping against the oars.

Tam Cốc, literally "three caves", consists of three natural caves — Hang Cả, Hang Hai, and Hang Ba — on the Ngô Đồng River. Tourists are taken in small boats along the river from the village of Van Lam, through rice fields and limestone karsts, through the caves, and back. Local women serve as guides and attempt to sell embroidered goods to their passengers.

The area is nicknamed "the inland Ha Long Bay."

Bích Động is a pagoda complex, built in 1428. It is situated on nearby Ngu Nhac Mountain, and consists of three separate pagodas: Hạ, Trung, and Thượng Pagodas, in ascending order. Guided tours generally cover historical points and end with a view from the top.
INCLUDED: 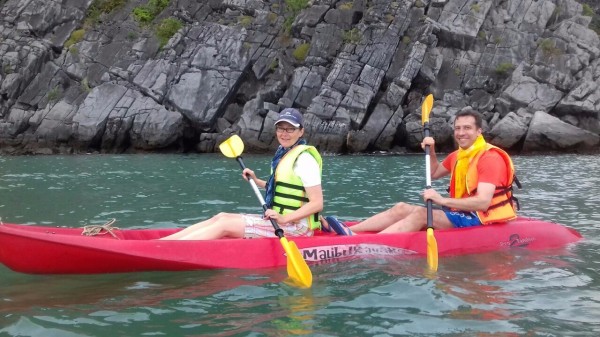 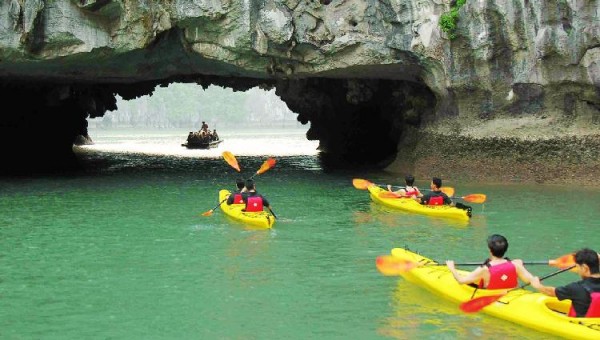 Join us for a night, two nights or longer among the quiet waters and islands of Lan Ha Bay and Ha Long Bay. Taking part in... 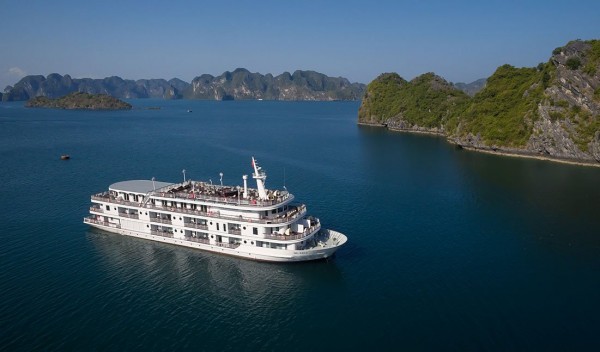 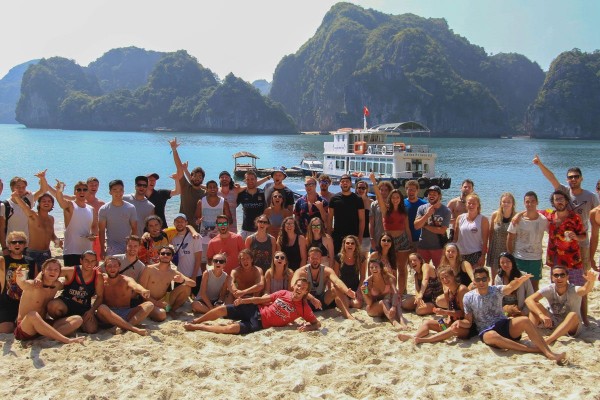 This is without doubt THE BEST HALONG BAY TRIP FOR PARTY-LOVING BACKPACKERS. You’ll have the time of your life on this... 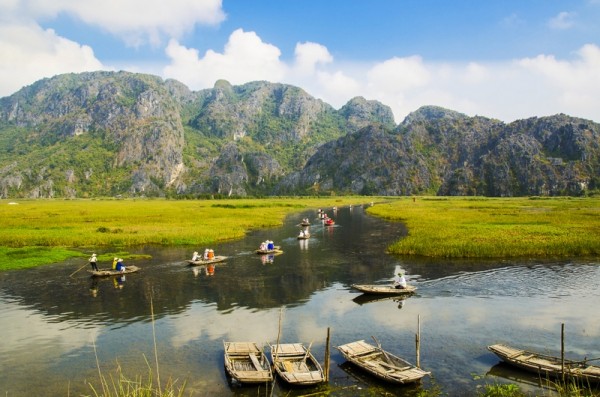 Located in Ninh Binh province 100 km southeast of Hanoi, Hoa Lu and Tam Coc are two of the most picturesque spots in all... 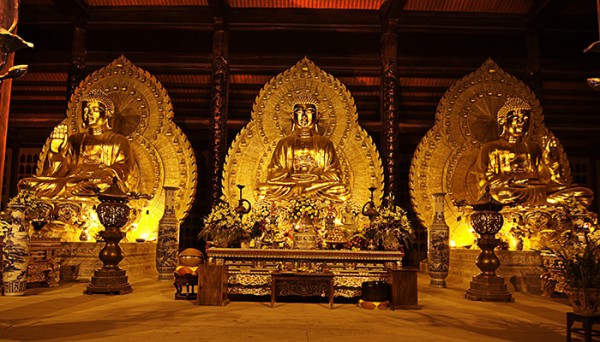 Bai Dinh Trang An one day

Bai Đinh Trang An one day tour , the eco tourism attraction located in the East of Ninh Binh, with area of 2000 ha.... 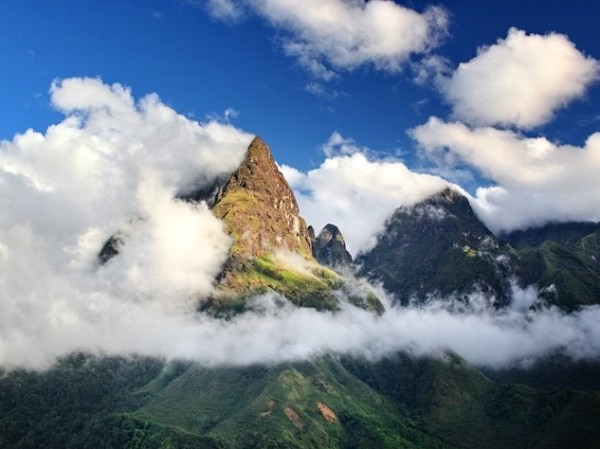 Cat Cat village which is home of Black Hmong ethnic people and is located near the bottom of a deep valley at the foot of... 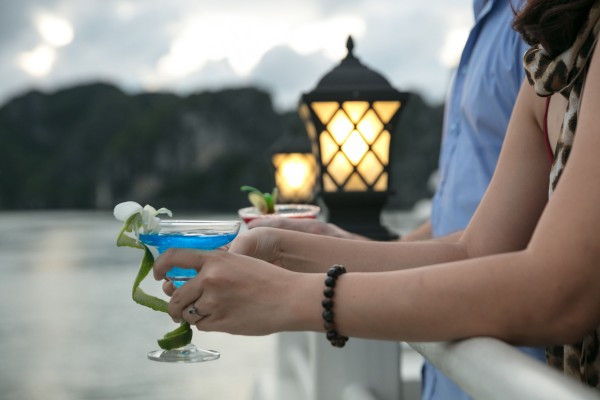 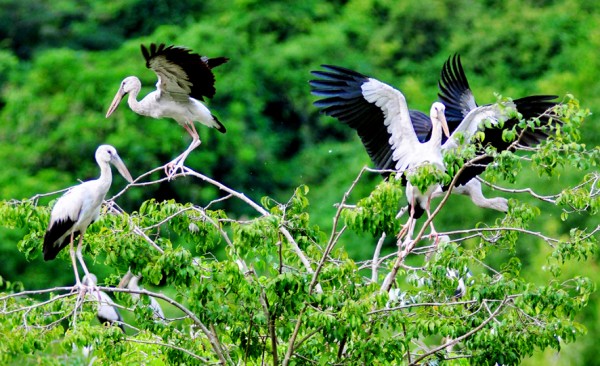 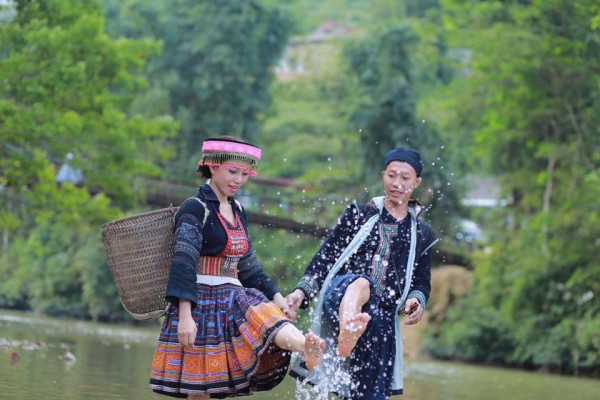 Motocycle with Homestay in Sapa

Sapa District is located in Lao Cai Province north-west Vietnam and 380 km north-west of Hanoi. The town of Sapa lies at...

You will have a chance to visit a big waterfall on the stream and the old Hydro Electric Power Station built by French people.... 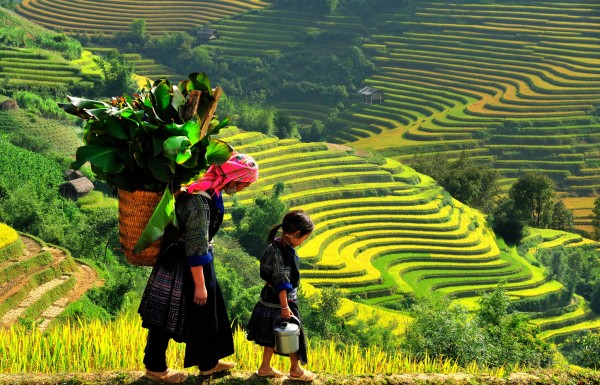 This tour will bring you to the village of Lao Chai Ta Van and Dzang Ta Chai in the beautiful Muong Hoa Valley and Sapa town.... 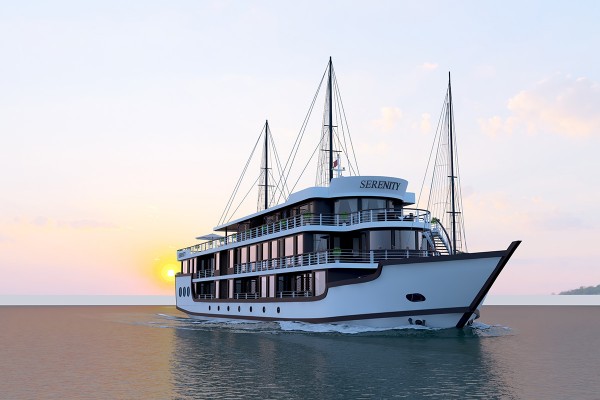 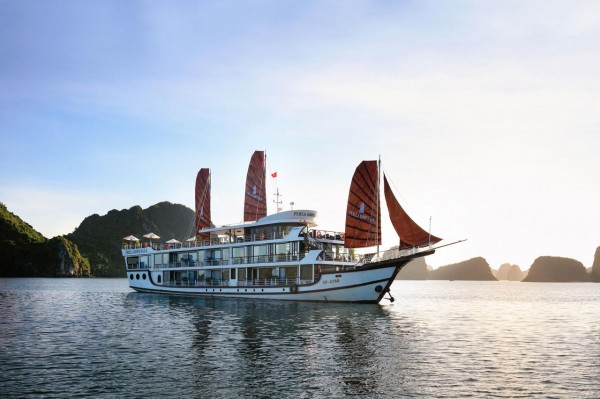 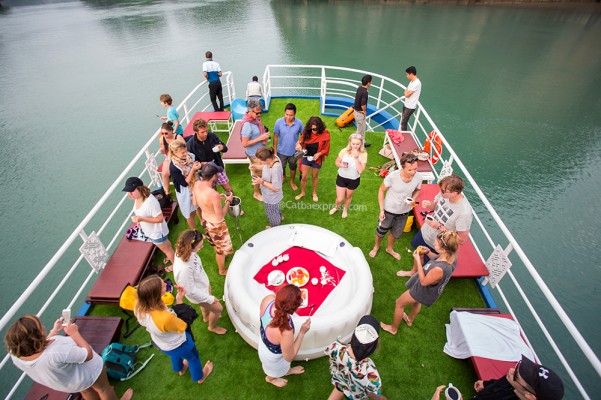